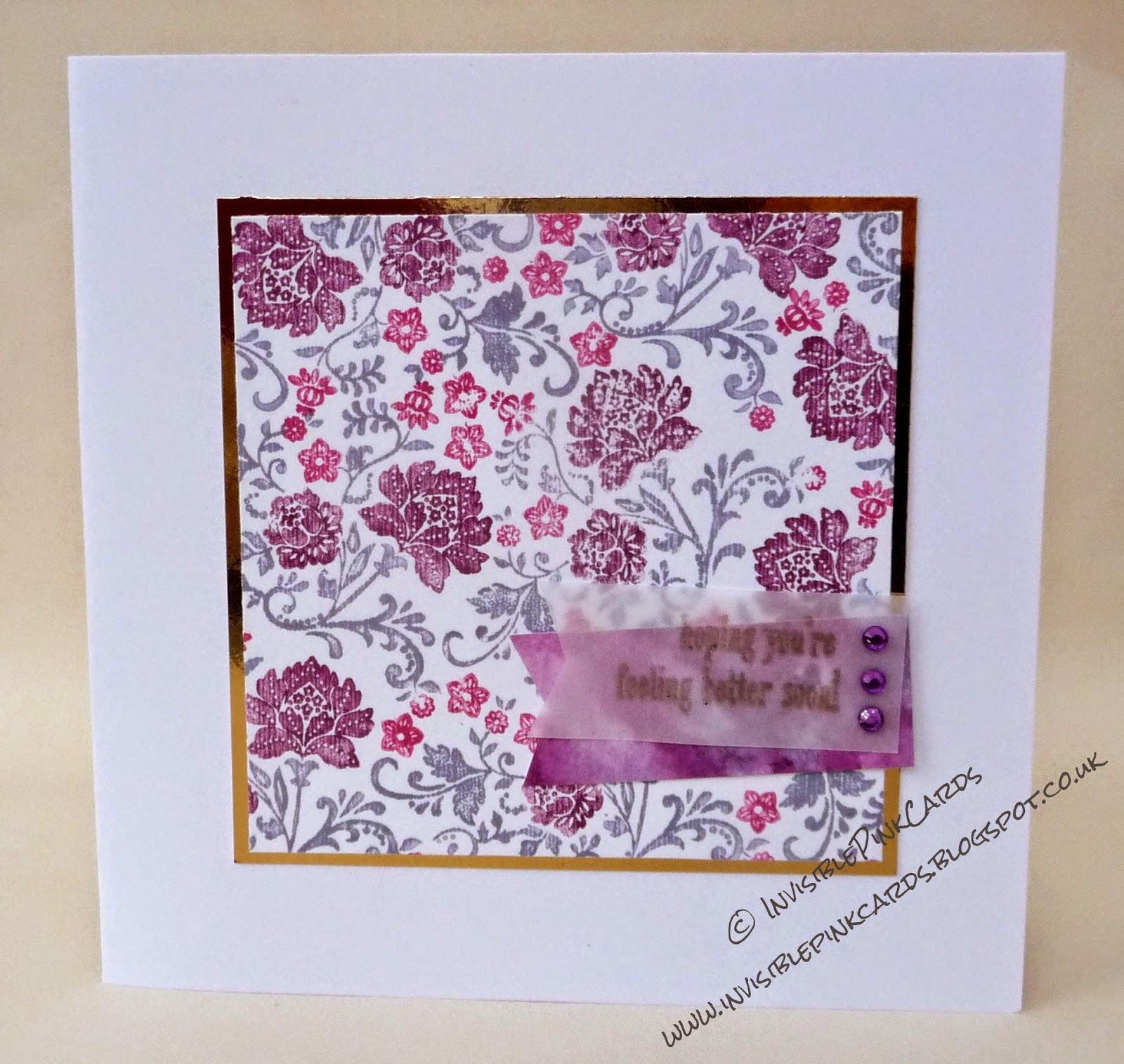 It's been a bit of a rough weekend, but thankfully it took a turn for the better today. Lack of sleep really messes with me. But upwards and onwards is the way to go. So I have baked a chocolate bundt cake and a fudge loaf. And made this card.

Today's card is inspired by the absolutely awesome colour combo over at ColourQ. It's no secret I love pink and purple, and gold is growing on me. It wasn't originally my favourite metallic, I used to be a total silver girl. But I have to admit I'm using gold more and more. I was also inspired by yet again a great sketch over at RetroSketches. I'm also playing along at both the Sisterhood of Snarky Stampers (poor poor Edna looks like she's had a worse weekend than I did...) and The Card Concept, both with the theme "Get Well Soon" (in the style Clean and Layered for The Card Concept). I also want to link up at Allsorts Challenge because their badge is so delicious looking, and also because the theme this week is to use some purple. 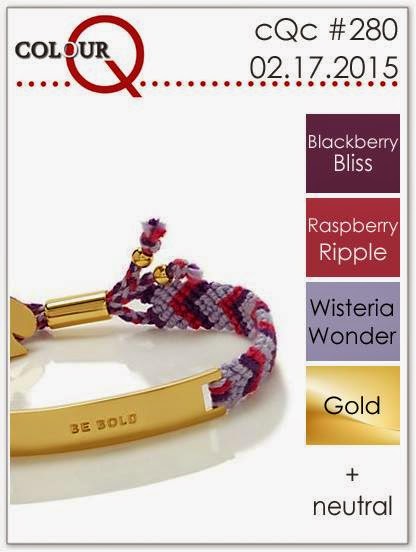 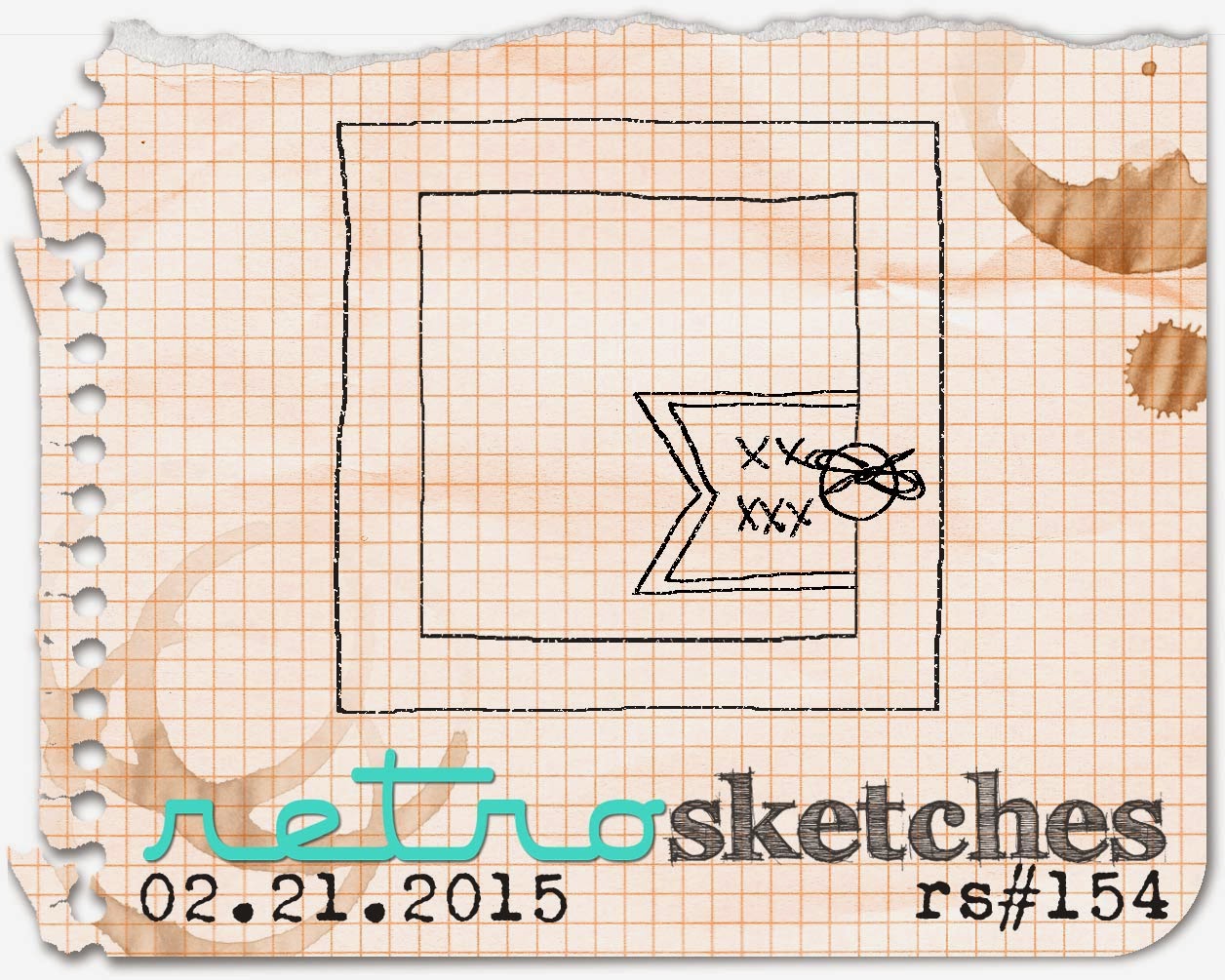 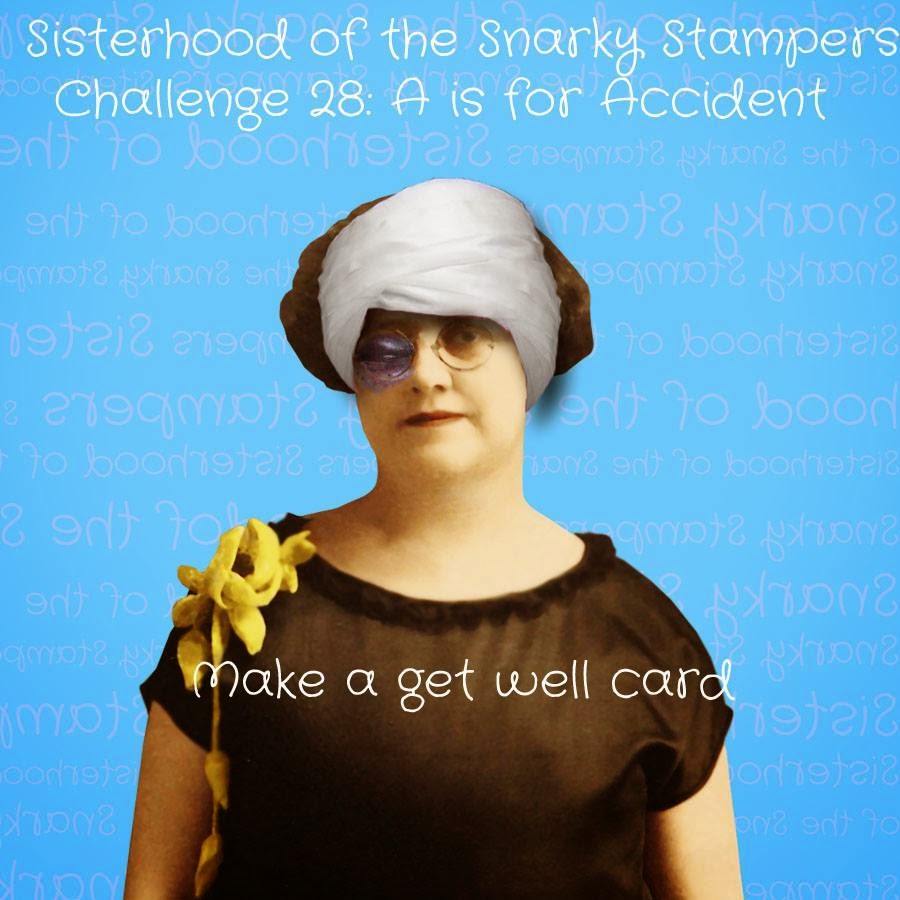 I love the big central panel in the sketch. It was just a question of what stamp to use to fill it. I have made a similar panel using the same stamp in monochrome blue before, you can see it here. But that was a bit easy, so I thought I could colour it with markers in many colours instead, resulting in quite a bit of fiddly colouring. Half way thorough I almost lost my patience, but thankfully persevered as I think it turned out quite nice. I matted it onto mirri card. The banner is made from a scrap piece of card I made using Distress Paints. Sometimes it's worth saving all those scrap pieces, eventually there will be some place where they fit in. I heat embossed the sentiment in gold on vellum and added three adhesive gems to finish. First I didn't like that the stamping was a bit uneven due to the marker colouring, but after looking at it for a while, I think it's actually quite a nice look. 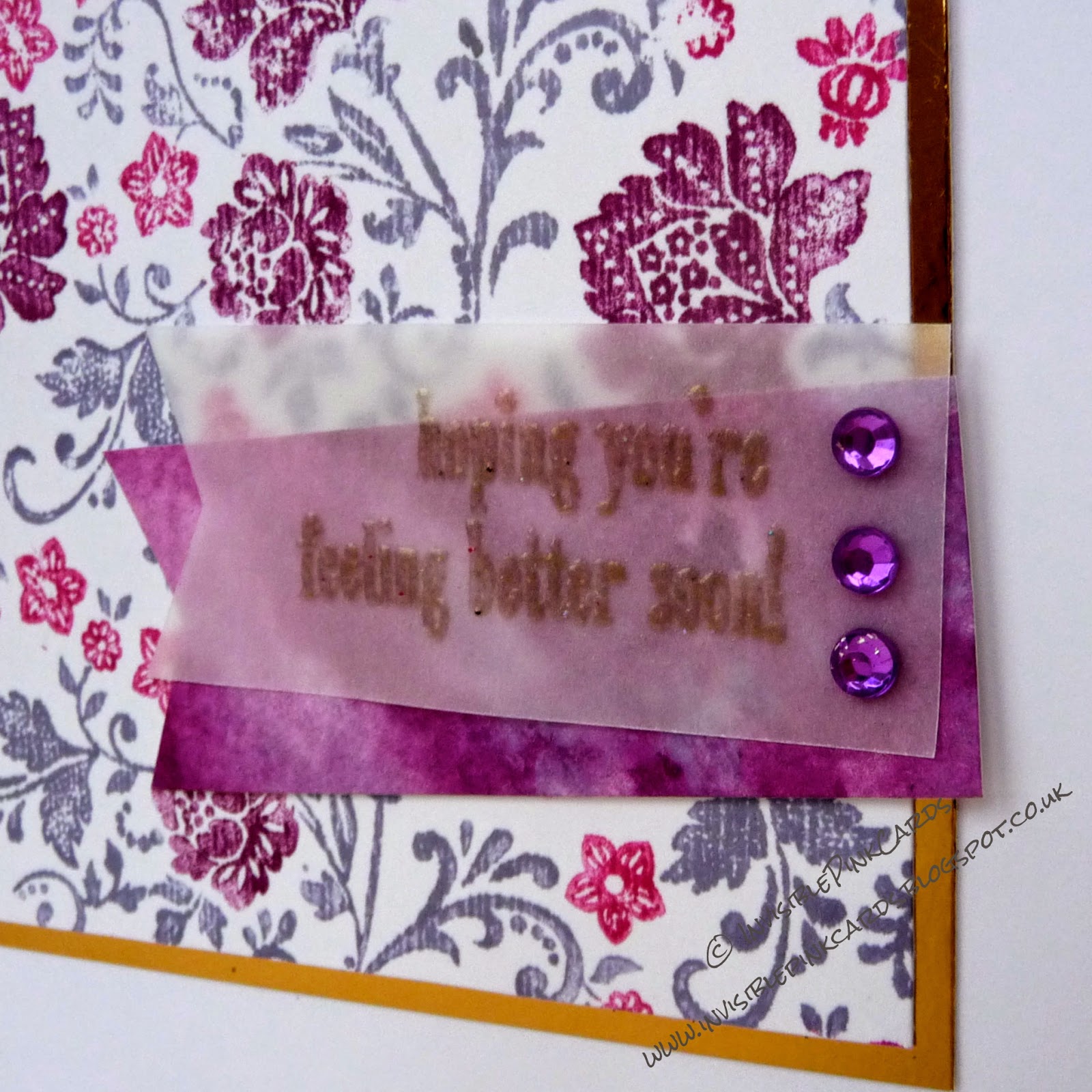 Lovely card! Love the colours and the pretty vellum banner!
Thanks for joining the sisterhood of snarky stampers for our "A is for Accident" challenge :)

Good thing you persevered because your colored background is amazing! And I love the sentiment embossed on the vellum! Thanks for joining us at colourQ!

Chocolate and fudge cakes... that has to make the weekend better. Your coloured panel is gorgeous! Lovely get well card. Thanks for joining the fun at the Sisterhood of Snarky Stampers!

Lovely card with beautiful colours and stamp.
Thank you for sharing at Allsorts, good luck;-))m

Yummy cakes awesome. Lovely get well card, thanks for playing along with us at The Sisterhood of snarky stampers for the A is for Accident challenge

Could you send me some of that cake? Pretty card! Thanks for joining our SoSS challenge!

Very pretty get well card, I like the gold embossing. Thank you for sharing with us at The Card Concept!

I'm glad you stuck with it because this card looks amazing! Thanks for joining us at the Sisterhood of Snarky Stampers!

Amazing card...love your beautiful paper you made! Thank you for playing along with us at ColourQ, hope to see you again next week.

This is absolutely beautiful! I love how you've combined these challenges. Thanks for joining us at The Card Concept!

Pretty colors. Thanks for joining us at Sisterhood of Snarky Stampers. 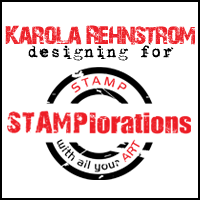